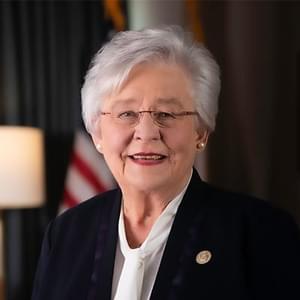 Alabama Governor Kay Ivey (pictured) has halted executions and ordered a “holistic review” of the state’s execution procedures five days after correctional staff’s failure to set up an intravenous execution line prompted Alabama to postpone the execution on March 17 KennethSmith.

Smith’s botched execution was the third time since 2018 and the second time in two months that Alabama had canceled an ongoing execution. In addition, on July 28, 2022, the executioners took three hours to set an IV line before setting Joe Nathan James to death, the longest botched lethal injection execution in US history,

Like ADOC after each of the botched and aborted executions, Ivey insisted that ADOC was not to blame for the troubles. In a November 21, 2022 statement released in conjunction with her announcement, Ivey said, “I’m not buying for a second the narrative being pushed by activists that these issues are the fault of the people of Corrections or anyone in the community.” Law enforcement are, for that matter. I believe there are legal tactics at play here and criminals hijacking the system.” Nonetheless, Ivey said, “In the interest of the victims and their families, we need to get this right. … I simply cannot in good conscience bring another victim’s family to Holman seeking justice and closure until I am confident that we can carry out the final sentence.”

The governor’s press release was accompanied by a statement from Corrections Department Commissioner John Hamm, in which he claimed that “[e]Everything is on the table – from our legal strategy for dealing with last-minute appeals, to our training and preparation, to the order and timing of events on execution day, to the personnel and equipment involved. The Alabama Department of Corrections is fully committed to this effort and is confident that we can do this right.”

Legal reform and social justice advocacy groups praised Ivey’s decision to conduct a review, but expressed concern about the independence and transparency of the process. In a joint statement, the Southern Poverty Law Center, Alabama rise upand Project Hope for the Abolition of the Death Penalty said: “Any government program, especially executions, should be transparent from the start. We are relieved that there will be a review and dismayed that our state will not just throw away this archaic and unnecessary punishment. Among other things, this review should at a minimum assess the toll taken on prison officers and establish PTSD support for tortured prisoners and prison officers alike.”

That Initiative for Equal Justice said, “What happened during the executions in Alabama is unscrupulous, unnecessary and entirely preventable…. Improved reliability will require state officials not only to accuse convicted prisoners, attorneys and others who have the right to insist on non-cruel constitutional processes. It will mean scrutinizing their own protocols and procedures, and making less secret and denying the heavy responsibility they have when they engage in lethal punishment.”

Robert Dunham, executive director of the Death Penalty Information Center, praised Ivey’s decision but criticized her attempt to avert blame for the execution teams’ failures. “Legal efforts aimed at ensuring ADOC executioners do not torture prisoners to death are not – and never have been – the cause of ADOC’s repeated failure to establish timely execution IV lines. Nor are they the cause of the evasive maneuvers, lack of transparency and repeated false statements made to the media and the public by ADOC,” he said. Dunham said that ADOC “cannot be trusted to meaningfully investigate its own incompetence and wrongdoing,” Dunham called for an independent investigation.

“Alabama should not carry out any further executions until it is willing to be held accountable for its actions, accept responsibility for its failures and commit to truthfulness and transparency in all subsequent executions,” he said.

On November 17, Alabama halted the execution of Kenneth Smith after officers spent an hour trying unsuccessfully to insert an IV line. A similar issue arose on September 26, when the state also had to call off Alan Miller’s execution. In both cases, lower federal courts had issued injunctions against the executions, which the US Supreme Court overturned after the executions were scheduled to begin. The court’s after-hours actions gave the state less time to carry out the executions before the midnight expiration of the prisoners’ death sentences — although numerous other states and the federal government had successfully carried out executions in similar circumstances.

After the US Supreme Court brushed aside serious legal concerns in their cases, Smith and Miller’s lives were spared only because the state was unable to establish timely intravenous execution lines. Four years earlier, the state had not executed Doyle Lee Hamm, whose execution was called off after two and a half hours of failed attempts to insert an IV line. Hamm had warned the state in advance that IV access would be difficult or impossible due to a constellation of medical conditions. Hamm died of cancer in 2021.

The failures in the executions of Smith and Miller also mirrored the state’s botched execution of Joe Nathan James Jr. on July 28, 2022. The execution took place despite objections from the victim’s family and began with an inexplicable three-hour delay. Despite the correctional facility’s claims that “nothing out of the ordinary” had occurred, the autopsy results showed several failed attempts to run an IV execution line, stab wounds in Mr James’ arm muscles that appeared unrelated to the efforts to insert the IV. several inexplicable cuts and bleeding and bruising around Mr James’ wrists where he was strapped to the stretcher.