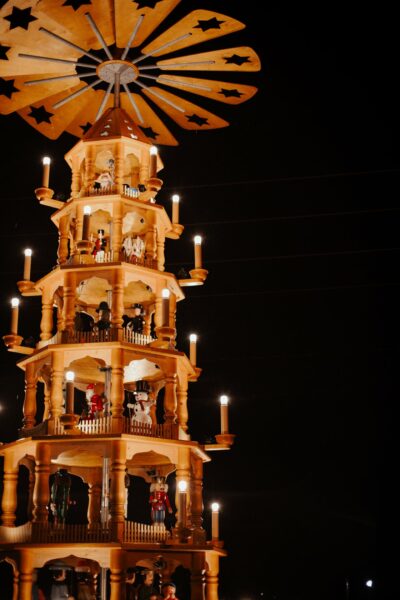 They say there’s no better place to celebrate the holidays than at home, but few places in the world know how to celebrate the holiday season quite like Germany. Alabamans can experience the best of both worlds during Christmas in Cullman—with traditions near and far. The month-long celebration pays homage to the southern city’s German heritage with a series of events designed to help locals and visitors alike get into the Christmas spirit.

Cullman was founded in 1877 by German refugee Col. Johan Gottfried Cullmann of Frankweiler (then Bavaria). Cullmann initially lived in Cincinnati, Ohio, but soon after began the idea of ​​starting a colony where immigrants could work and live together. He bought passage to Florence, Alabama and met with Governor Patton to pitch the idea. From there he obtained men and horses for his expedition through northern Alabama. A few years and a few thousand colonists later, Cullman was born.

For the past several decades, Cullman has celebrated in style with a busy schedule of events now known as Christmas in Cullman. Arguably the main attraction of Christmas in Cullman, the annual lighting of the Christmas pyramid, takes place the day after Thanksgiving. Known in Germany as the Christmas pyramid, this traditional German decoration is a multi-storey pyramid where each segment represents different seasonal elements through wooden figures and scenes. The top is crowned by a large fan. Typically, the seasonal decor is hung from the ceiling or placed on a table, but since Cullman’s soars over 30 feet into the air and is the tallest structure of its kind in the US, it stands alone near the Cullman County Museum. The illumination of the pyramid will take place on November 25th at 18:00. Pyramid level themes include: the Nativity, Nutcrackers, Santas and Snowmen, Angels, Honoring Cullman’s Heroes and Angels in Heaven. 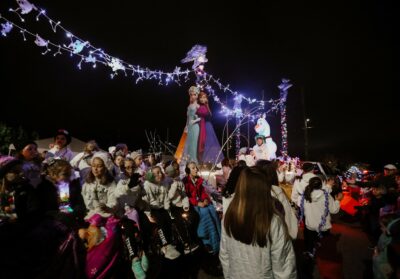 Cullman’s Christmas celebrations continue into December with the annual Christmas parade on December 2nd. The nightly parade begins at 6:00 p.m. at the Busy Bee Cafe and ends at Depot Park, where the annual tree lighting ceremony will take place after the parade concludes. The ceremony includes music, children’s crafts, pictures with Santa Claus, food and the lighting of the town’s 72-foot tree. Seeing the community businesses and locals come together to light up the city is something very special.

If you’re still not convinced that Cullman is a must during the holiday season, Cullman’s is Christkindlmart should do the trick. Modeled on a traditional German Christmas market, Cullman’s version features a collection of wooden tents housing local vendors. Here you can find everything from Christmas decorations to gifts and other handmade items. Stroll through the open-air market with a warm mulled wine and make all your European Christmas dreams come true.

Although not part of the German traditions, another event that is fun for the whole family is the Sportsman Lake Winter Wonderland Christmas Lights, which takes place on select dates from November 18th to December 30th. Hop in the car with friends and family to see over a million lights and themed exhibits. To complete the festivities there is also a Christmas train, carriage rides, a snow machine, hot chocolate and a photo booth to capture all your special memories.