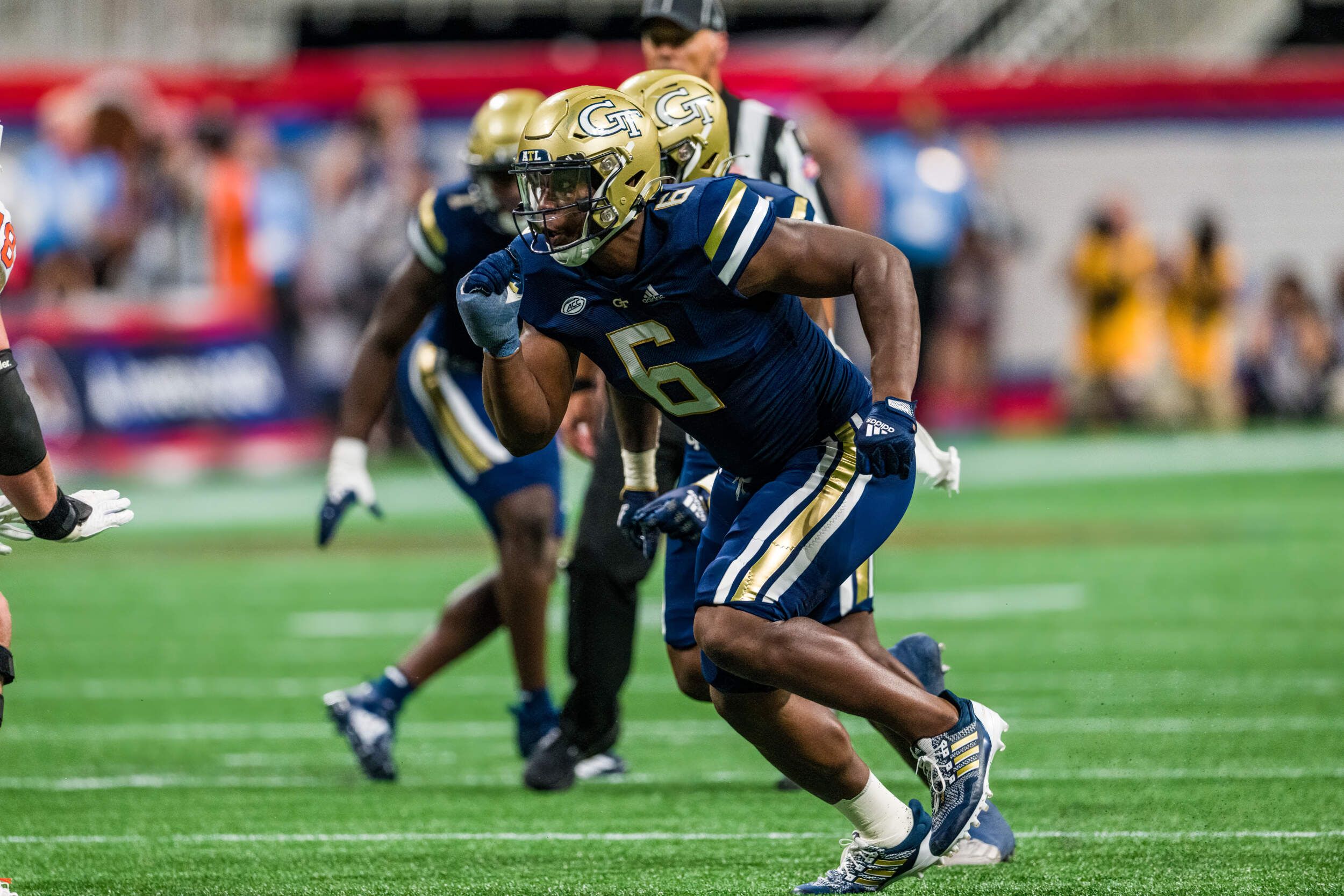 r-Sr. DL Keion White (6-up) was the only ACC player this season and the first Georgia Tech player since Jeremiah Attaochu in 2013 (vs Georgia) to record up to seven tackles, three sacks and four tackles in a single game on losses when he accomplished the feat last Saturday in No. 13/11 North Carolina.

• Georgia Tech wraps up its regular season with the 116th edition of “Clean, Old-Fashioned Hate” at arch-rival and No. 1-ranked Georgia on Saturday.

• Georgia Tech celebrated its biggest win in a long time with a 21-17 victory at No. 13/11 in North Carolina last Saturday.

• North Carolina has been the highest-ranking team to beat the Yellow Jackets since their 22-16 “Miracle on Techwood Drive” win over No. 9 Florida State in 2015, and the highest-ranking opponent Tech has beaten away from home since 2014 Georgia 30-24 in overtime #9/10.

• Victory at UNC moved Georgia Tech to a 4-3 lead under interim head coach Brent Key, which includes a 2-0 record against top-flight national opponents.

• r-Sr. DL Keion White was named the Bednarik Award National Defensive Player of the Week after becoming the only Atlantic Coast Conference player this season to record seven tackles, three sacks and four tackles for a loss in a game.

In a joint effort, Georgia Tech, the Georgia Tech Foundation, Georgia Tech Athletics and the Alexander-Tharpe Fund have joined forces to accelerate scholarship funding for students and athletes with the launch of the Competitive Drive Initiative. The initiative begins with the Accelerate GT Match Program, where every new donation to AT Fund’s Athletic Scholarship Fund made through December 31 is matched dollar for dollar by the Georgia Tech Foundation, up to $2.5 million . Should Accelerate GT reach its fundraising goal of $2.5 million, the gift would result in a $5 million impact to Georgia Tech Athletics. To learn more and contribute online, visit atfund.org/accelerate.