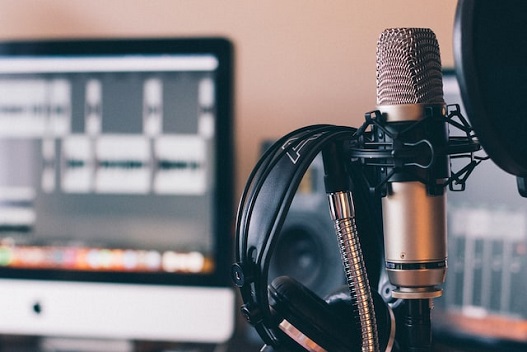 FARMVILLE — A well-known Farmville radio station is set to return to the airwaves later this week. At the weekend, the new owners of WFLO-AM accepted The Herald that your purchase of the radio station is complete. Broadcasting will resume on Thursday, December 1st at 870pm or via live stream which you can connect to via their Facebook page. Just search for wfloradio.

The announcement comes almost a year after the closure of the facility. WFLO-AM and FM’s original broadcast was last aired on December 31, 2021. Earlier this year, the Educational Media Foundation (EMF) bought both WFLO-AM and FM along with its tower from Colonial Broadcasting Company. Now WFLO-AM has been sold again, and EMF sold it to Heart of Virginia Communications LLC (HOV). The new owners said they are working on getting a new FM frequency, but as of now the station will only operate on AM.

Chris Brochon will return to the station as General Manager of WFLO-AM with John Staton III as Executive Producer. Francis and Chris Wood will be hosting weekly programs along with Ron Moody, the new owners say. Brochon and Staton will both also work as DJs, with Farmville native Danny Huskey joining as the station’s sales manager.

“We have assembled a talented group of radio veterans and a dedicated investment team to run the station professionally and efficiently for years to come,” said Donna VanCleave. She serves as a managing partner for Heart of Virginia Communications.

VanCleave is a former vice chancellor for administrative and financial services at the Virginia Community College System. Prior to that, she served as Vice President of Finance and Administration at Radford University.

VanCleave says her group plans to bring back WFLO’s popular program. This includes a variety of music including everything from classic rock to modern hits. Award-winning talk show Call Flo will return, along with several new programs being added to the mix. Brochon agreed, saying the group wants to be a resource for the community.

“Farmville has always been a radio town and we’re thrilled to relaunch WFLO for the people of Farmville and the surrounding area,” said Brochon. “Our goal is to preserve the station’s history and authenticity while providing the community with the local news, information and entertainment it deserves.”

The announcement brings back a Farmville operation that began more than 70 years ago. On August 12, 1947, WFLO-AM received a telegram from the Federal Communications Commission notifying the station that it was authorized to begin broadcasting. After a few years, the original owners added WFLO-FM in 1961. During its lifetime, the station reached eight counties including Prince Edward, Buckingham, Cumberland, Nottoway, Appomattox, Lunenburg, Powhatan and Charlotte.

This original group’s studios were on West Third Street from 1947 until the station’s move in 1956. At this point, the group called 1582 Cumberland Road their home on Route 45 North. But as part of the reboot, the new owners are returning to a familiar place. The new WFLO headquarters are located at 217 W. Third Street in the former Farmville Public Library building downtown.