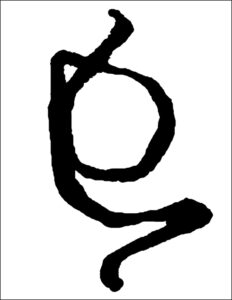 by James A. Bacon

The man who would become known by the English name Anthony Johnson was born in the Angola region of southern Africa, enslaved by the Portuguese and transported to Virginia to be sold. There it was sold to a colonist and then resold to a merchant planter named Edward Bennet around 1622. None of the American colonies had yet legalized slavery – Massachusetts was the first in 1641; Virginia was not to follow until 1661 – and the only legal framework for servitude was indentured servitude. Accordingly, Johnson entered his service at Bennet as a bonded servant.

Bennet sent about 50 servants, including Johnson, to a point on the James River to clear the site for a tobacco plantation. The following month the party was attacked by the Powhatan Confederacy, led by Chief Opechancanough, bent on rooting out and driving out the English colonists. Johnson was one of only a handful of survivors. After this harrowing episode, he served his tenure as a servant and was released. As was customary at the time, he was given tools and land. He settled on the Pungoteague River on Virginia’s east coast.

An enterprising man, Bennet took advantage of the so-called “head rights” system, under which anyone importing labor into the colony was granted 50 acres per capita. By hiring a dozen or more servants – some English, others of African descent – he built up an estate of more than 1,000 acres which he named Angola. So Johnson was one of the few – maybe the only – documented example in the history of an African who became the champion of the white Englishmen in the American colonies.

Johnson’s story is well known to early colonial historians. I came across this in the book White cargoa history of debt bondage, and there is an extensive entry about Johnson in Wikipedia. The story doesn’t fit the Project 1619’s America-born-with-the-sin-of-slavery interpretation. The story is complicated. It defies simplistic narratives of oppression. While Africans may have arrived in Virginia by 1619, slavery did not.

Ironically, Johnson played a significant role in the legal evolution of indentured servitude into black slavery. Johnson had a black African servant, by the English name of John Casor, who ran away sometime in the 1650s and sought the protection of a neighboring (white) planter. Casor went to court arguing that he had served the full term of his servitude, but Johnson objected that Casor was a life servitor. After two years of drama, the Northampton County Court ruled that Casor was indeed Johnson’s property, ordered its return, and ordered Johnson compensated for lost work. Twenty years later, Casor was still listed as the property of Johnson’s African-born widow, Mary Johnson.

The institution of slavery took decades to evolve into the inherited, race-based system that Americans commonly view as slavery. It was not until 1671 that Virginia made life slaves of all “non-Christian servants” newly shipped to the colony. (Remember, at this time, Muslim Africans along the Barbary Coast were routinely enslaving European Christians, mostly in the Mediterranean.) Two years later, legislatures upheld the enslavement of Native Americans. More legislation was passed piece by piece, but the system was not formalized until the passage of Virginia’s first slave code in 1705.

For most of the 16th century, Virginia planters relied more on the indentured labor of English, Irish, Welsh, and Scottish servants than Africans. Many white servants enlisted voluntarily in exchange for transatlantic passage and the promise of land at the end of their term, but many were convicts, prisoners of war, or kidnapped from the streets of English port cities and transported to the US colonies against their will. As the authors of White Cargo argue, their condition was indistinguishable from that of black slaves. They were frequently beaten and starved; their newborn children were enlisted until they reached the age of 21; They often ran away, and when recaptured were given lengthy periods of servitude. In fact, her condition was often worse. Some plantation owners were determined to get the most profit out of their servants before the end of their tenure. Half or more died in bondage. In contrast, plantation owners had an incentive to keep their black slave ownership alive and well.

The 1600s were an ugly time in history. The world was ruled by empires and kingdoms, in which some rulers presided over systems of hierarchy and servitude, and dominant religions and ideologies justified their rule. One can view the history of the United States in isolation as a never-ending series of atrocities and injustices up to the present day, without realizing the fact that the history of the everyone people was characterized by cruelty and injustice. Or one can approach American history by asking: how did we get from point A (universal hierarchy and oppression) to point B (a democratic republic founded on the principles, if not always the practice) of liberty, equality and of universal justice? )?

I take the latter view. In future posts, as time permits, I will explore the theme of hierarchy and bondage in Virginia history.