Emerging from her home in London one June morning to buy flowers, Clarissa Dalloway, no longer young but still wonderfully and at times amazingly alive, thinks, ‘What a lark! What a fall.” So begins Mrs. Dalloway, Virginia Woolf’s 1923 novel that sketches an entire life in a day, a day that can contain lives full of complex memories, regrets and precious flashes of silver. The beauty of Woolf’s writing lies in navigating the constant, silent and seismic emotional shifts that define life. Michael Cunningham’s 1998 novel The hours, a Pulitzer Prize-winning riff about Woolf that rewrites her work for the AIDS era and explores love, art, suicide, memory and the ties large and small that bind them all together, places his Clarissa – now Clarissa Vaughan, but her boyfriend Richard has been calling her “Mrs. Dalloway” – in the West Village, at the end of the century that Woolf had started. She thinks, “What a thrill, what a shock to be alive on a June morning.” The novel shifts perspectives on Virginia Woolf, who we know will eventually die by suicide, but for now that’s about it struggles to find the opening line for her next novel, about Laura Brown, a homemaker and mother whose mysterious discontent finds outlet in reading Mrs Dalloway and kisses her neighbor Kitty, and back to Clarissa Vaughan, an editor who lives with her partner Sally and is throwing a party for Richard, a poet who is slowly but surely dying of AIDS and suspects he recently won a major poetry prize and more to do with his approaching death than with his work.

Given that The hours is both an adaptation itself and the subject of a critically acclaimed adaptation in the 2003 film directed by Stephen Daldry and starring Meryl Streep, Nicole Kidman and Julianne Moore, composer Kevin Puts and librettist Greg Pierce set themselves an ambitious task for the adaptation this story again for the opera stage on November 22nd at the Metropolitan Opera premiere The hours. Not only did they have to translate the changing perspectives of both novels into operatic language and capture the intimacies that define them, but they also had to justify why opera is the necessary form for such a restaging. Alas, they failed on either front, instead delivering a frustratingly broad, often tiresome opera that not only failed to capture the spirit of any of its sources, but flattened each into its broadest thematic strokes, just a copy of the copy, the blurring smearing .

It’s clear how badly The Met wanted this opera to work. They have enlisted three of America’s most celebrated and beloved female opera singers – Joyce DiDonato, Renée Fleming and Kelli O’Hara – as their stars, complementing the supporting cast with a variety of younger voices and familiar faces. The creative team almost exactly replicates the brilliant and vibrant 2019 Akhenaten, with Phelim McDermott directing and Tom Pye returning to design costumes and sets. The sharp and shiny strangeness that made Akhenaten Fascination was missing here, as was any conspicuous use of colour. The interiors of each women’s shelter, while utilizing multiple tiers of the stage, looked shabby and plasticky and oddly dingy even if colorful, while the costumes bore none of Pye’s time-wasting grandeur. Clarissa Vaughan’s white coat dress not only confounded the timelines by appearing more in the 1950s than the 1990s, it aged the character and also robbed Renée Fleming of color. It’s also clear how deeply the Met believes in a feminist victory The hours is, though almost entirely created by men, apart from Annie-B Parsons’ choreography, in which dancers took turns waving and scattering flowers, or strewn about the stage like corpses after a fight. As annoying as it is, that fact would matter a lot less if The hours were an excellent opera in their own right, or even if their treatment of female characters was more nuanced than other male-about-female operas.

While Pierce’s libretto maintains the general outlines of Cunningham’s novel, this is a very different play thematically. The libretto has an odd way of actually eliminating nuance; The opera was full of changes that only served to make it more mundane and condescending to its audience. It often insisted on setting out the themes in the dialogues while at the same time seeming to miss the point of Woolf’s and Cunningham’s novels. He seems anxious not to exactly reproduce the lines of the book or film. However, this fear causes him to render many highlights in clichés instead. For example, cut out the moment Richard quotes Woolf’s suicide note (“I don’t think two people could be happier than we were together”) to Clarissa before he bursts out of his apartment window, only to have Pablum replace it with insult about how Richard hopes his works will keep other artists alive long enough to write before they too inevitably kill themselves, simply murders the character and introduces a far more problematic and complacent treatment of suicide.

In addition to the lack of nuance, the libretto magnifies to a now unmissable magnitude a problem lurking in the fringes of Cunningham’s novel: the way it positions queer women only in terms of their relationships with male characters. Clarissa von Pierce condescendingly refers to her partner as “Silly Sally” (sung here by a sparse Denyce Graves) and seems to have nothing but contempt for her and anyone who isn’t Richard. Instead of noticing and loving and looking at her world, she is distracted and repeating it, and can only wonder if Richard will remember his party. Most importantly, it puts the experiences of queer women on the fringes of a story that supposedly revolves around those experiences and how they shape the characters’ lives (with and without men).

In all likelihood, audiences saw the first canonical lesbian kiss on the Met Opera stage in The hours. This should feel like a historic moment in representation, but any opening of The Rosenkavalier contains more real lesbian erotica than the sexless kiss we saw between Sally and Clarissa, and the kiss between Laura and Kitty didn’t have the breathless revelation it needed. Kelli O’Hara just smacked Silvia D’Eramo’s Kitty and then spent the rest of the opera embarrassed as a mother at how her feelings will affect her son.

Puts’ music did little to improve, although the composer clearly enjoyed the large operatic format. The score covered a wide range of instruments with allusions to the operatic canon and stylistic references to swing and big band. While this variety may indicate considerable musical interest, the score ultimately felt excessive and downright unthinkable at the same time. An unnecessary countertenor role (although sung by a wonderfully flexible John Holiday), four children’s voices and a heavy reliance on the chorus served to overload the score while also placing emotional revelations that its main characters might have caught their mouths elsewhere must. The score falls into a well-known trap of contemporary opera: instrumental and orchestrated fireworks, but vocal lines without drama and much declamation in individual pitches. Yannick Nézet-Séguin conducted with at times frantic energy, but even the escalating suicide scene remained flat, bursting with tension when it should have been building.

Puts’ credit is his music for Laura, especially when she reads passages Mrs. Dalloway, was most moving, and while Kelli O’Hara isn’t perfectly suited to contemporary music, these passages allowed some transcendence to penetrate. Vocally, Joyce DiDonato was best suited as the bumbling genius Virginia Woolf, but Fleming was underwhelmed by the score, which elicited only a grating quality from the normally warm and generous soprano. And unfortunately in this opera, which is said to be about three women, the most lyrical vocal movement was reserved for the male characters, notably Richard, who was sung last night by the intense and appropriately self-deprecating bass-baritone Kyle Ketelsen, who was a voice standout (William Burden as Richard’s former lover Louis and Sean Panikkar as Leonard Woolf rounded out the male cast). The breadth of both the score and libretto only served to argue against the need for operatic reinterpretations, particularly in this era of secure commissions for already successful intellectual property (marnie was another such example).

Finally, The hours, although it insists we remember Woolf’s famous opening line, “Mrs. Dalloway said she would get the flowers herself,” has captured little else of the lark or fall that distinguished either her work or Cunningham’s. I long for new operas that are not just copies of copies, but are actually originals. 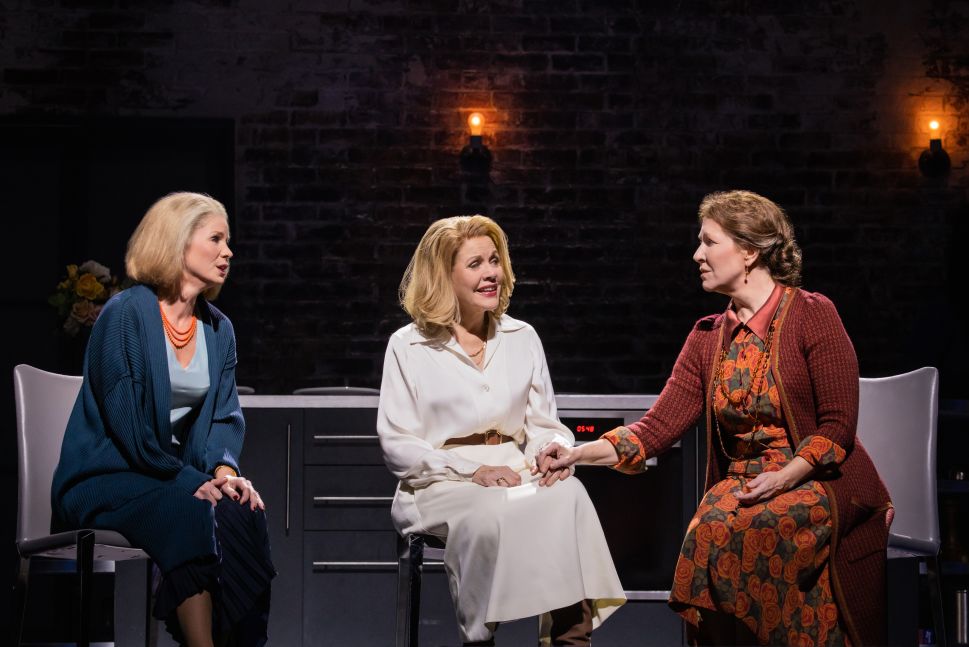